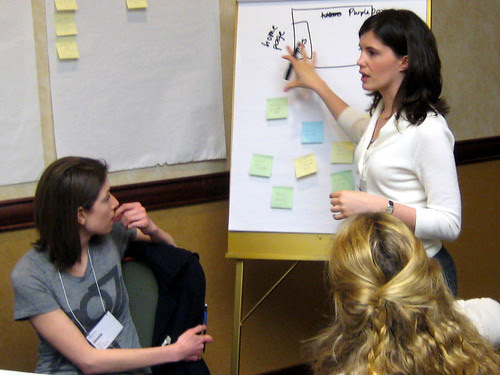 Last week's workshop in New York last week went very well -- it was the debut of my latest thoughts on visual language, which synthesizes the work of many visual language researchers and information designers.

It's a major project but I am trying to boil down all the research into a simple "ABC book" -- a primer of visual language.

I believe my thoughts were well-received by the group, which included a broad mix of people, from designers to bankers. The group even included a brain scientist who said that the visual language concepts map very well to current concepts in brain science. I am looking forward to talking more about that.

There's still time to register for the Chicago workshop, which is coming up this Wednesday, May 7. You can register here.