Dave Winer on the unconference 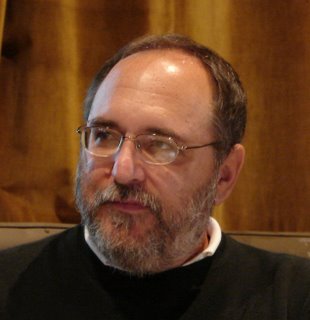 In case you haven't heard of him, Dave Winer is a pioneer in the blogging world; in his own words,

"I've been blogging since there is such a thing."

In a recent post Dave has some interesting thoughts about "unconferences:"

"The idea for an unconference came while sitting in the audience of a panel discussion at a conference, waiting for someone to say something intelligent, or not self-serving, or not mind-numbingly boring. The idea came while listening to someone drone endlessly through PowerPoint slides, nodding off, or (in later years) checking email, or posting something to my blog, wondering if it had to be so mind-numbingly boring.

A fundamental law?
This observation may turn out to be the Fundamental Law of Conventional Conferences.

It's probably much worse than that. My guess is that if you swapped the people on stage with an equal number chosen at random from the audience, the new panelists would effectively be smarter, because they didn't have the time to get nervous, to prepare PowerPoint slides, to make lists of things they must remember to say, or have overly grandiose ideas about how much recognition they are getting. In other words, putting someone on stage and telling them they're boss probably makes them dumber. In any case it surely makes them more boring.

Turning things around
So then, how do you turn things around so that we can harness the expertise we just discovered and get a discussion moving efficiently and spontaneously without forcing the interesting conversations into the hallway. I wanted to see if there was a way to get the hallway ideas to come back into the meeting room. It turns out there was.

First, you take the people who used to be the audience and give them a promotion. They're now participants. Their job is to participate, not just to listen and at the end to ask questions. Then you ask everyone whwho was on stage to take a seat in what used to be the audience. Okay, now you have a room full of people, what exactly are they supposed to do? Choose a reporter, someone who knows something about the topic of discussion (yes, there is a topic, it’s not free-form) and knows how to ask questions and knit a story together.

Read more in Dave's Wordpress Blog -- Blog Archive -- What is an unconference?

Photo by Jay Cross -- thanks Jay!

you might find it of interest to google "shared authority"

This is very close to how I run our Graphic Design Meetups. While I technically organize things, mostly I just propose topics and then prod those in attendance to talk about them. I try to only talk when no one else wants to, and then use that time to ask questions or spur conversation rather than to pontificate.

I'm a big fan of Unconferences. I attended BarCamp Boston on June 3rd-4th at Monster.com Labs and that was killer. I loved it so much that a few friends and I got together and started our own.

PodCamp Boston is Sept 9-10, and will use the unconference model. We're still nailing down a venue, which freaks traditional conference attendees out, but we're developing leads and getting closer every day. And WHILE that's happening, we've got lots of folks signed up and we have lots of sessions being offered by the participants.

I'm excited you wrote about it.